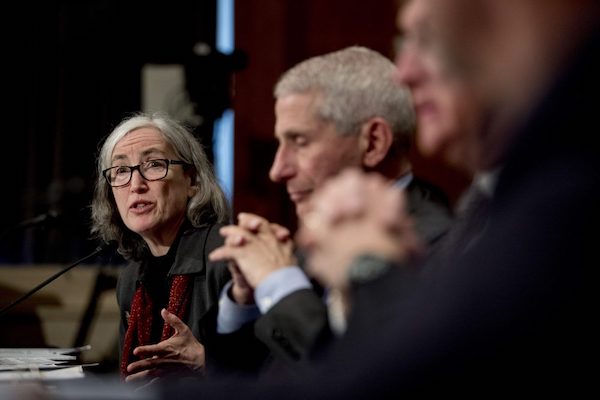 International Man: Thanks to the internet and modern technology, the average person can now access information on almost any topic with relative ease.

But it seems people are doing less critical thinking than ever.

Why do you think that is the case?

Doug Casey: Technology is a double-edged sword when it comes to critical thinking. It’s paradoxical that something so associated with knowledge and research is often at odds with wisdom. I think that’s partly because today’s technology offers instant answers—no thought required. You can go to Google, and an answer is at your fingertips. It doesn’t require research or thought—the answer just appears. It subtly obviates the need for contemplation.

Let’s first define what critical thinking is. I’d say it’s the process of questioning the validity of the assumptions and the accuracy of the data for everything. A critical thinker never assumes or takes anything for granted.

We can’t always be sure what the quality of a googled answer is, but most people assume it’s honest and correct. However, considering the nature of the people who run Google, Wikipedia, and websites of that nature, I prefer to assume that the quality of many answers is low.

In fact, the volume of data available through computer technology is so great that there’s a tendency to confuse all that quantity with quality. When the world, and the data stream, is moving very quickly, it seems you have less time to contemplate its meaning. You can get lost in it and lose perspective.

It reminds me of a scene out of the original Rollerball movie from the 1970s with James Caan. Books no longer exist. All knowledge is contained in an all-powerful computer. The scientist in charge of the computer is talking to another character and says, “Yeah, for some reason, we’ve lost the 13th century,” and he kicks the machine. It’s the only source of what used to be in millions of books.

We’re almost in a situation where everything comes from one source—basically Google—rather than researching books, getting answers from a dozen points of view, and thinking critically about their meaning. Sure, Google gives you many references. But how many others have been “cancelled?” How many considered politically incorrect are buried as deep as the 13th century in Rollerball?

International Man: Whether it’s finance, economics, politics, and many other areas, it seems almost everywhere you look, people are looking to the so-called “experts” to tell them what they should think about a given topic.

Where does this come from? How did most people come to trust the “experts”?

Doug Casey: As the amount and complexity of data grows, it’s natural to want an expert to sort it out for you. But experts are known for knowing a lot about a little, not for having broad, integrated knowledge. People understandably look to them to make decisions for them. That’s foolish. Better that you go to a philosopher than a technician when the time comes to decide on something important. But philosophers are in short supply today, so people listen to celebrities.

A celebrity is someone who’s famous for being well-known. People automatically assume that famous people must know something they don’t. The public doesn’t know much, but they know more about some celebrities than they do about their own friends, neighbors, and relatives. And that engenders trust. People trust a celebrity who endorses something he knows nothing about because they think they know him. It’s another consequence of mass media. The average person is much more likely to accept Google’s, or Wikipedia’s, or some celebrity’s opinion than to research something themselves. Critical thinking is hard work, and questioning authority doesn’t usually make you any friends.

I see it in the newsletter business all the time. Somebody who’s glib and can present well can be transformed into an instant expert, even though he knows very little—as long as he’s good at presenting and gaining people’s confidence. We see that with the talking heads on TV as well. They’re really just actors who don’t know anything, but they’re good-looking, well-promoted, and have a nice social veneer, so people trust them.

It makes no sense, and neither does the public’s obsession with credentials. Something like a third of Americans have a college degree—which today only means they’ve spent a lot of money to be indoctrinated over four years. It’s no guarantee of expertise—forget about wisdom or judgment. Over 13% of graduates have master’s degrees or PhDs. That doesn’t prove they’re critical thinkers.

In most cases, those degrees prove little, other than the recipients think it’s a good idea to spend a lot of time and money for a credential. Credentials should be suspect; critical thinkers don’t assume they’re worth anything. They’re often a camouflage for mediocrity. In today’s world, their main value is to intimidate by making the public assume you know what you’re talking about. They trust the credential, the way they’ve come to trust Google or Wikipedia.

International Man: The COVID hysteria has only accelerated this trend.

Throughout the pandemic, most people believed the “health experts” robotically and even attacked those who brought forth logical information and data which challenged the established narrative.

What is your take?

Doug Casey: The media and the Establishment have selected a set of credentialed health experts, promoted them, and told the public that they know what they’re talking about. Take Anthony Fauci—he has lots of credentials. Like everyone high up in government agencies, whether or not he was ever a competent scientist, you can be sure he’s a very competent political operator. And apparently quite wealthy, with positions in companies under his purview.

In any event, he’s a life-long government employee. A professional bureaucrat, previously invisible but now elevated from nowhere to near-dictatorial control.

Meanwhile, there are people that have written numerous peer-reviewed papers, done serious lab work, and are currently dealing with patients with boots on the ground whose views are cancelled because they disagree with Czar Fauci.

The average person never hears about them, and when they do, they’re cancelled by the mass media. The perfect example of this is the use of hydroxychloroquine and ivermectin in countering the COVID virus—apart from the fact the supposed pandemic itself is greatly overrated.

Anyone who’s “vaccine hesitant” or—God forbid—a COVID denier is painted as anti-science, a conspiracy theorist. My view is that there are legitimate reasons not to take any experimental vaccine. Especially when there’s a possibility the supposed cure is much more dangerous than the disease itself.

I’ve met exactly one person who’s gotten symptomatic COVID. He was sick for two days with the flu and fully recovered. So where are all the dead bodies? The casualties have strictly been very old people, very sick people, or very fat people. Occasional anomalous young, healthy, slim people die from it—assuming it was the actual cause of death—just the way young, healthy people occasionally die from the ordinary flu. So, is it a conspiracy? I don’t know. I’m just confident this era will go down as one of the most stupid and embarrassing in world history.

International Man: Politicians, bureaucrats, and the intelligence community are obvious members of the ruling class that seek power and control.

Are the “health experts” new members of the political ruling class?

Doug Casey: Sickness and fear of death get the public’s attention even more than sex and money. And, for what it’s worth, the public has been prepped for decades by loads of sci-fi books and movies featuring a virus wiping out most of humanity. And not without cause. In fact, the chances are overwhelming that biological warfare will be a major element in any future conflict with China.

Telling people that they’re going to get sick and die, endangering their loved ones, is a powerful motivator to get them to do as they’re told. Still, COVID is 90% hysteria. If someone is old, obese, or sick, they might want to isolate themselves, but it’s insane to lock down the whole planet to unsuccessfully safeguard a few people in danger. And, it’s equally insane for everyone to take risky vaccines against a non-threat.

Let the people who are worried risk getting the vaccine; although, there seems to be some serious question about how efficacious the vaccine itself is.

International Man: Where do you think this will all lead, and what are the implications?

The people who run the State have control of the money supply, the economy, the education system, and the media. They’ve gotten control of the medical system. They’re replacing traditional religion, as well, with what amounts to new secular religions; that’s an interesting twist.

Christianity is on its way out. It’s already a dead duck in Europe and is hanging on in the US only among the lower classes. The elite no longer believes in traditional religion. It’s being replaced by updated versions of Marxism, which was always a secular religion, even though it claimed to be “scientific”—like Greenism and Wokeism.

The bad guys—by which I mean the statists and collectivists—have mounted a war on many fronts, and they’re succeeding mightily. They’ll use the Greater Depression to create a genuine police state—a kinder and gentler version of the old USSR, East Germany, but with a higher standard of living and more TV channels.

The ruling class will blame the collapse of the economy on COVID. As the depression drags on, they’ll also blame it on global warming, not their stupid economic policies. COVID and the Global Warming scam are wonderful deus ex machina devices to allow the bad guys to dodge the blame for what’s coming.

Marxism, statism, and collectivism will once more evade the blame for the consequences of their idiotic economic ideas and evil ethical notions. That’s largely because critical thinking has vanished from the West.

Editor’s Note: The 2020s will likely to be an increasingly volatile time.

That’s because severe crises are brewing on multiple fronts and converging.

The whole system will have a complete reset, and soon.