A Question of Timing 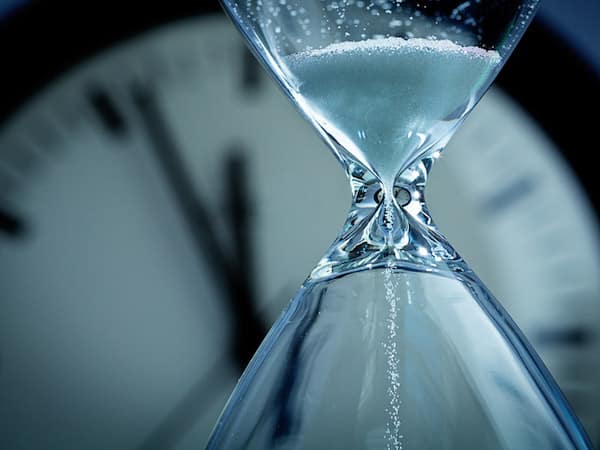 These dates have something in common. In France in 1788, political conditions had been getting questionable, but there was no apparent need to panic. That came the following year, with the sudden outbreak of the French Revolution. From that point on, it was dangerous even to go out in the streets of Paris. So many people had become enraged, that even if you were not a member of the aristocracy, you could easily become collateral damage.

And so, it would have been wise if, in 1788, you had decided to pack your bags and remove yourself from the epicentre of what was developing.

Similarly, in 1916, Russia was at war with the Germans, and the populace was becoming increasingly vocal about the state of the economy. Yet, even the czar believed that the people simply had to accept the situation and muddle through.

A year later, soldiers were deserting, a host of political wannabes were vying for power and anyone who simply wanted to be left alone to run his own life was now afraid to go out on the streets.

And of course, in Germany, prior to Kristallnacht in November of 1938, all the warnings were there that the country was beginning to unravel, but virtually everyone assumed that, somehow, things would be all right.

A year later, Germany was at war with five nations and had invaded three others. People were being rounded up, imprisoned and/or shot. Those who sought to get out of Germany found that they were no longer allowed to do so.

And history is full of similar cases. In hindsight, the warning signs have always been there: an increasingly autocratic government, increasingly volatile and irrational political struggles, mounting debt, increased taxation, a declining economy and the removal of basic freedoms “for the greater good.”

In 1929, if you lived in the US, you might have just paid $2,735 for a new Packard Custom 8 Roadster – a means of showing off your recent gains in the stock market. A year later, you might well have offered it for sale for only $100, as, for all your previous price offers, there were no takers. And you, like they, had been wiped out in the crash, and $100 meant the difference between eating and not eating.

In 1958, you might have been enjoying a daiquiri at El Floridita in Havana and joking to friends about ‘las barbudas’ – the tiny rebel force hiding in the Sierra Madre. A year later, the joking had ended and private businesses like El Floridita had been nationalized by the new government.

For millennia, the playbook has been the same. Countries that had been wonderful to live in, began to deteriorate from within, and the great majority of residents had failed to read the tea leaves – the warning signs that, in the future, conditions were not going to get better; they were going to get worse.

But why should this be so?

Well, in 1787, in the midst of the Scottish Enlightenment that gave rise to Adam Smith, economist and historian Alexander Tytler is credited as having said:

A democracy is always temporary in nature; it simply cannot exist as a permanent form of government. A democracy will continue to exist up until the time that voters discover they can vote themselves generous gifts from the public treasury. From that moment on, the majority always votes for the candidates who promise the most benefits from the public treasury, with the result that every democracy will finally collapse due to loose fiscal policy, which is always followed by a dictatorship.

He further noted that the latter stages of any such decline are marked, first, by complacency, then by apathy. The final stage is invariably one of bondage.

In some cases of collapse, the country is taken over by an outside force, but invariably, as stated above, the rot always starts from within. It’s simply human nature for the majority of any population, when passing through challenging times, to fall prey to promises that, somehow, a change in the form of government can and will result in the elimination of problematic conditions.

But how do those who make such claims sell their ideas? Do they suggest that everyone should work harder and practice a greater level of abnegation?

Well, no. Although such people may exist and may even become outspoken, they are, historically, never the individuals whom the majority of the population follow. Invariably, the majority (having become complacent and pathetic), choose those who promise to take from one group and share the spoils amongst those who are less productive.

As illogical as this promise is, most people, even if they doubt the reality of the claim, tend to think, “Well, it couldn’t be any worse. I might get something, so let’s give it a try.”

A very simple case in point is the Bahamas election of 1967, in which Bahamians elected their first ‘man of the people’ as their premier. Under his rhetoric of ‘Bahamas for Bahamians,’ he promised the large underclass of Bahamians that he would take the top jobs away from the British bankers and other business leaders and that the spoils would go to the average Bahamian.

Of particular interest were the luxury vehicles driven by successful businessmen. Bahamians in their thousands imagined that the senior staff in banks would be fired, that they themselves would be given the jobs… and the fancy Jaguar Saloons.

And that did happen to some extent. Those who were loyal to Prime Minister Lynden Pindling did move up to management positions overnight – positions for which they were not qualified. Not surprisingly, they were unable to learn decades of knowledge overnight. They subsequently either lost their new jobs, or the banks lost business on a massive scale.

And the Jaguars? Well, it turned out that there were thousands of Bahamians for every Jaguar that existed, and for 99.9%, there would be no previously imagined spoils.

Instead, their lives soon headed south in the coming months and years, as wealth flowed away from the Bahamas, most of it never to return.

In other countries the details have often been quite a bit more complex, but the scenario and the outcome have been the same.

Once the warning signs begin to appear, it’s important to remember that, historically, the process never reverses itself. An apathetic population is not one that will suddenly decide to roll up its sleeves and get the country, once again, on a productive footing.

Invariably, the population jumps on the toboggan of empty promises and rides it downhill until it reaches the economic bottom.

And so, circumventing such a situation becomes a question of timing. When it becomes clear that the telltale signs are reappearing once again, those who are wise will acknowledge that the sands are running out and it’s time to move on.

The signs tend to be the same in any locale, in any era. They’re quite easy to see. The difficult part is choosing to make an exit whilst it’s still easy to do so.

Editor’s Note: With a crisis brewing on multiple fronts, making the right moves now could mean the difference between suffering crippling losses and protecting yourself and your money.