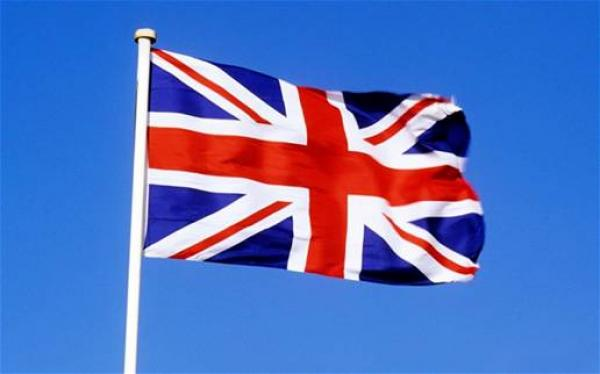 Recently, after reading an essay of mine, a reader angrily questioned my loyalty to the USA. My immediate reaction was that I’m not a US citizen. I therefore tend to observe the US dispassionately, just as I’d observe any of the nearly 200 “foreign” countries in the world.

But, as I’m British, what if he’d questioned my loyalty to the UK? Would he have a valid point? Well, at the very least, he’d certainly have a question worthy of an answer.

I, of course, have a legal right to live and work in the UK, and yet I choose not to. It’s simply not my idea of a great country in which to reside. As much as I regard the traditional English village to be an ideal environment in which to live, I reside elsewhere. The reason is that I place a very high value on personal freedom, a nonintrusive government, and a populace that doesn’t feel that it’s entitled to largesse that’s been forcibly taken from another segment of the population.

But that doesn’t exactly address the question of “loyalty,” does it? Well, there, I must confess, I tend to answer the question with another question. Whenever someone speaks to me of his loyalty to his country, I’m inclined to ask him to define “country.”

In most jurisdictions, the term “country” seems to be bandied about more by governments and the military than by the average citizen. Whenever a government wants blind compliance from its people, political leaders speak of “loyalty.” Whenever a military seeks to send people off to possibly be killed in battle, again, “loyalty” is the reason given.

But if the question is asked, “Loyalty to what?” answers vary. “Loyalty to the flag” is a common one. Another is “Loyalty to this great land of ours.” And, not surprisingly, these answers are common, no matter which country is under discussion. But is one flag superior to another? Is one land better than another (which would suggest that all those who feel their land is better are incorrect)?

Let’s have a closer look at some possible definitions and representations of “country.”

One of my earliest memories is of the coronation of Queen Elizabeth. But this is not so much due to the event itself, as it’s because my family’s home was littered with all the flags, pop-up books, biscuit tins, and other memorabilia that commemorated the coronation. The house was tricked out like Christmas in June and I’ve never forgotten it, although I was only five at the time.

So I was taught what the Union Jack represented at an early age. Yet I regard it primarily as a piece of cloth. I’ve lived in numerous countries and they all have their own bit of cloth that they run up the flagpoles. The reader might ask himself, “Am I loyal to this piece of fabric, regardless of whether the leaders of my country represent the principles in which I believe?”

A Particular Portion of Real Estate

A country can, of course, be defined geographically. If we’re born within the boundaries of a country, we’re asked to take great pride in that fact, even though it’s a mere accident of birth and has nothing whatever to do with our own selection.

So, if we feel loyal to a particular piece of  ground, is it the ground on which our home sits, or does it encompass the town nearest us, or is it an entire country, most of which we’re unlikely to ever even visit? It would seem natural to value one’s immediate surroundings, but it would make less sense for large numbers of people to collectively value vast areas that have no relevance to their personal lives.

A Concept of Governance

The UK claims as one of its most important documents the Magna Carta, which, in 1215, attempted to lay out certain inalienable rights of all citizens, not just those who were well-born. In 1776, the US did the UK one better by creating the Constitution, which combined elements of the Magna Carter and the Athenian republic of the fifth century BC. The Constitution’s focus was on the rights of the individual and, in essence, stated that a person should be able to have the freedom to live his life as he pleases, as long as he does not aggress against another person or his property. Yet, almost immediately, this idea was infringed upon by those who wished to replace it with democracy—the idea of which is majority rule. Thomas Jefferson described democracy as “Nothing more than mob rule, where 51% of the people may take away the rights of the other 49%.” Since that time, successive governments in the US have continued to degrade the original concept of a republic until, today, the great majority of individual rights have been lost by Americans. Like never before, Americans are now being shamed by universities, the media, and the government into apologizing if they do not agree with a collectivist eclipse of individual rights.

To be fair, much of the rest of the world has done the very same. After all, it’s the nature of governments to steadily remove freedoms from their people and increase their own power over all. It’s a slow process, often taking generations. If it’s instituted too quickly, the populace rebels, as we observed in Venezuela.

For me, the definition of “country” is an easy one. I don’t value any particular portion of real estate. In all countries, there’s dirt beneath our feet and the dirt in one country is much the same as in another.

Neither do I feel any loyalty to a particular government. If one government is prepared to serve my interests better than another one, it will be more likely to earn my loyalty. I’m certainly not persuaded by any accident of birth.

On the other hand, I have quite a strong loyalty to one concept of governance—that of liberty—minimal government. The Athenians were on the right track but were unable to sustain their idea over the long haul. Similarly, the Magna Carta was an excellent step in the right direction. Better still was the US Constitution. To all of these efforts I feel loyalty. But, as stated above, such a high-minded concept is elusive and, when it occurs, may not last throughout the lifetime of the individual. When it does not, I believe that the individual is absolutely within his rights to cease any feelings of loyalty to a country that has ceased to serve him well. If the freedoms he cherishes cease to exist in a particular geographical location, he should feel no guilt whatever in voting with his feet and seeking another location that comes closer to his ideal.

Should an existing government evolve away from his ideal, there’s no reason that he should feel compelled to feel loyalty to it.

My own “country” is wherever the principles that I live by are respected, and I’m able to live with the greatest degree of freedom possible. I’m loyal to a concept, not a flag, a particular piece of dirt, or a government.

Today, more than ever before, I’m meeting people who fret over the thought that they might be disloyal to their country, should they choose to diversify themselves geographically. But they should feel no guilt. Any government that ceases to deliver on its founding principles deserves to be either changed or abandoned.

Editor’s Note: Economically, politically, and socially, the United States seems to be headed down a path that’s not only inconsistent with the founding principles of the country but accelerating quickly toward boundless decay.

It’s contributing to a growing wave of misguided socialist ideas.