Here at the-Coaching Blog-run by Gerard O’Donovan, our aim is to constantly bring value to those seeking to improve their lives. Therefore we have a policy of publishing articles and materials by guest authors whom we value and appreciate. Today’s guest author is Written by: Martha Garcia 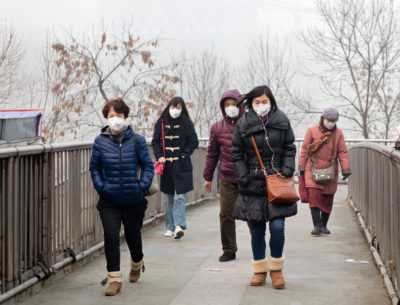 Exposure to air pollution increases an individual’s risk of early death from cardiovascular and respiratory disease, according to the findings of new research.

In a study published this week in the New England Journal of Medicine, Chinese researchers warn that even short-term exposure to air pollution, particulate matter specifically, increased risk of early death from all causes.

PM 2.5 is made up of ultra-fine particles of soot, dirt, and dust smaller than 2.5 micrometers, or 30 times smaller than one human hair. It is easily inhaled by humans, lodges into the lungs, and can enter the blood stream causing cardiovascular disease. Particulate matter leads to the deaths of 30,000 Americans every year.

The research suggested a link between short term exposure to both PM 2.5 and PM 10 and an increased risk of death in more than 600 cities around the world. There is no threshold between particulate matter and death seen in the results, meaning even low levels may increase the risk of early death.

Air pollution exposure is linked to a range of diseases include respiratory problems, chronic kidney disease, and it kills 7 million people around the world every year.

Other studies have echoed the findings of the new research, indicating air pollution reduces life expectancy of people by up to two years depending on where they live and their exposure to particulate matter. Other researchers have noted that working to reduce air pollution could save 153 million people globally.