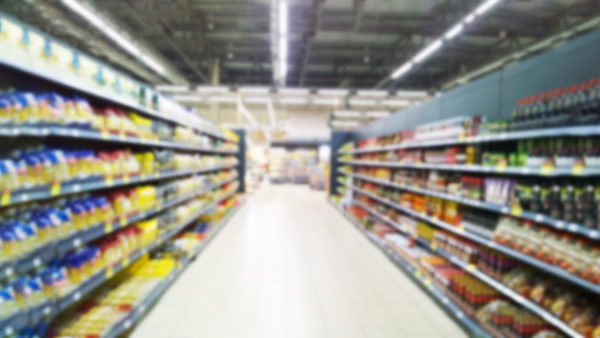 International Man: The COVID hysteria and the shutdowns have caused supply chain disruptions. Central bankers and the media were quick to pin the blame for soaring inflation on these disruptions.

It seems like sophistry—a fallacious argument with the intention of deceiving. What is really going on here?

Doug Casey: Government officials always want to be seen as smart and action-oriented. Whenever anything untoward happens, they like to step up and pretend to be saviors.

Today’s public thinks that the government not only can but should run the world. The COVID hysteria is a custom-made excuse for them to do so. Unlike people who produce actual goods and services, however, government employees can only take other people’s property and tell them what to do.

Because the essence of government is coercion, they can solve problems only by creating more problems, and new problems provide excuses for more intervention, making the government look even more necessary.

COVID will go down in history as more than just another mass hysteria. It’s likely to be classed as an episode of mass psychosis. It’s the Salem witch trials times a million. It is even bigger than the Great Cultural Revolution in China. The public has been convinced that a dangerous—but relatively minor—virus is going to wipe out the planet, and now, on top of the virus, we have to deal with experimental vaccines, which are likely to be made mandatory, either directly or indirectly.

Vaccine mandates amount to lighting a stick of dynamite in a nitroglycerine factory. That’s true politically, economically, and perhaps medically.

International Man: In her recent comments about the state of the US economy, Secretary of the Treasury Janet Yellen said:

“There are also bottlenecks in certain supply chains, and mismatches between supply and demand have led to price increases. And yet, the data indicates that these mismatches will resolve with time as more businesses are able to keep up with demand.”

What do you think about the US government’s explanation for higher prices and the economic situation?

Doug Casey: Higher prices in today’s context are essentially a matter of monetary inflation—money printing. The Fed is printing up 120 billion dollars every month to fund the government’s deficits.

If you increase the number of dollars in circulation, of course prices are going to go up. And it’s not a so-called transitory phenomenon.

It’s interesting how “the narrative” works. A neat new word comes up and quickly becomes a popular meme. All the talking heads repeat it, reassuring each other. But this isn’t transitory; it’s growing and will get completely out of control. If they slow money-printing, they risk a wholesale deflationary credit collapse.

As far as the bottlenecks are concerned, the COVID hysteria created them. We still have about 9 million unemployed able-bodied people. Most were producing goods and services 18 months ago, but now they can stay at home, watch TV, and use their stimmy checks to gamble on RobinHood because they don’t have to pay rent. Something like 7.5 million households haven’t had to pay rent, and maybe 2 million haven’t had to pay their mortgages. Landlords are said to be out like $60 billion—they can sue, I guess, but that money has been frittered by deadbeat tenants, many of whom will soon be living on the street. But that’s another story…

In any event, less is being produced and more’s being demanded because of all the money being printed. But it gets worse. Modern economies have long and complex supply chains, where everything is expected “just in time” to cut inventories and improve efficiency. A problem arises if a force majeure eliminates a critical component. For instance, take a microchip for a car; cars have thousands of them, and if some are missing, the whole production line stalls. If Burger King can’t hire cooks because of COVID, meat-packers have to close production lines, cattlemen are stuck with cows, their feed producers don’t get paid, and ripples spread. “For want of a nail,” as Shakespeare noted in Richard III.

Mandates to be vaccinated—apart from creating antagonism—ensure many workers will quit, creating more bottlenecks.

In a free-market world, everything would straighten out quickly. If the State eliminated mandate threats, the stimulus, and unemployment insurance, and if people had to pay their rent and go back to work, the market would adjust. However, that’s not the world we live in. Your personal health decisions are no longer between you and your doctor but are up to politicos and bureaucrats. This will have economic consequences.

It’s very hard for businessmen to plan when prices fluctuate radically, and supply chains are unreliable. It’s possible that the government will impose wage and price controls at some point if prices seem like they’re getting out of control and rationing if there are persistent shortages. That, of course, would vastly compound the problem. But it’s important to “do something”, no matter how stupid.

For instance, I don’t know how many people are aware that, for decades, lumber was roughly $300 per thousand feet of lumber. It was a very non-volatile commodity. Then, a few months ago, it exploded from $300 to $1,700 almost overnight. It’s now about $500. Who knows what the price will be next? Option premiums are gigantic, however, which is great for knowledgeable speculators but horrible for businessmen.

When prices fluctuate wildly, producers can’t plan properly. My view is that we’re going to see much higher prices unless the government stops spending and the Fed stops printing—which they won’t. Also, more supply chain shortages occur until the ridiculous COVID meme and vaccine mandates go away—which I doubt. We’ll also see millions more laid off as their employers go bust and tens of millions of consumers who can no longer afford the products.

There’s going to be a lot more to the Greater Depression than just higher prices and sporadic shortages.

International Man: By focusing on supply chain disruptions, the government and media seem to be addressing only the symptoms—as if they appeared out of thin air—and ignoring the much bigger problem of government intervention that caused them in the first place.

Doug Casey: As I said before, they’re simultaneously restricting the labor supply and creating artificial demand by giving everybody lots of funny money.

One major trend is that employers are going to replace employees with computers or robotics wherever possible. You can see it now. You no longer order with a clerk at a fast-food joint; you place your order on a computer or tablet. Amazon is working to replace local drivers with drones and cross-country drivers with AI-guided trucks.

Employers are wise to get rid of their human staff. “Human resources”—a horrible PC term, by the way—are liabilities disguised as assets, starting with the HR department itself. They’re unreliable. They get sick. They pilfer. They’re increasingly entitled and surly. In the Age of Woke, thousands of regulations make them lawsuits in waiting. Entry-level jobs are going to be replaced wholesale across the economy. Much like in the industrial revolution of the 19th century, millions will be tossed out of work.

Of course, from a macro point of view, it’s wonderful when low-productivity workers lose their jobs and then go out and find some high-productivity work. However, in today’s world of guaranteed annual incomes, if somebody loses their job or can’t get an entry-level job, it will create significant social distortions and unpleasantness. It’s going to happen everywhere.

IBM used to have a motto: Machines should work; people should think. That’s great. Except most low-level employees doing dog work aren’t good thinkers. And in today’s world, a lot of them won’t even want to work. We’ll have an increasingly large number of what the communists call “useless mouths,” which can be easily transformed into what they call “useful idiots.” It amounts to a sociological time bomb.

International Man: What does it say about society that a large portion of the population not only accepts the government’s blatant lies and increasingly totalitarian controls, but forcefully advocates for them to do even more?

Doug Casey: Half of the population are already net tax recipients. And with the gigantic amount of new federal spending that’s coming out of Washington, there are going to be many millions more Americans employed directly or indirectly by the federal government. Combine that with a nasty economic reality and the decades of indoctrination that Americans have gotten in school, the media, movies, and TV. The trend is clearly in motion for what those horrible people in Davos call a Great Reset. A genuine crisis will, in fact, reset everything.

Of course, I’d like to see a reset where the government basically goes away. The elite, like Klaus Schwab, want to see vastly more control.

International Man: What do you think comes next? What can the average person do about it?

Doug Casey: If you lived in the world that George Orwell projected in 1984, or Aldous Huxley described in Brave New World, there wouldn’t be much you could do about it, quite frankly. Fortunately, we’re not quite there yet. But in many ways, we’re getting a combination of both Orwell’s and Huxley’s dystopias. They’re being married together with the worst elements of both.

Remember, however, that there was a third dystopian novel from that era, which projected an optimistic outcome for humanity. That was Ayn Rand’s Atlas Shrugged. That story has a happy ending because although everything collapses, the good guys create Galt’s Gulch, enabling civilization to recover. I’m not entirely sure it’s going to work out that way, though, because once we’re really immersed in an Orwellian or Huxleyite dystopia, it will be very, very hard to get out of it. It’s hard to revolt in a world where you’ll own nothing, as Klaus and friends promise, and they try to make you happy.

In the near future, everything you do, every place you go, and every currency unit you spend will be closely monitored. What’s to be done?

One thing you can do is try not to be an employee. Try to find goods and services that you can create as an entrepreneur. Your long-term savings should be in precious metals and some cryptocurrencies. Other than that, learn to speculate in the markets because they’re going to be going up and down like an elevator with a lunatic at the controls.

Editor’s Note: The enormous effects of governments shutting down the global economy and printing unprecedented amounts of money have only just begun.

How serious could it be?

It could be the BIGGEST thing not just since the Great Depression of 1929 to 1946.

It could be the BIGGEST thing since the founding of the USA.