Are advertisers coming for your dreams? 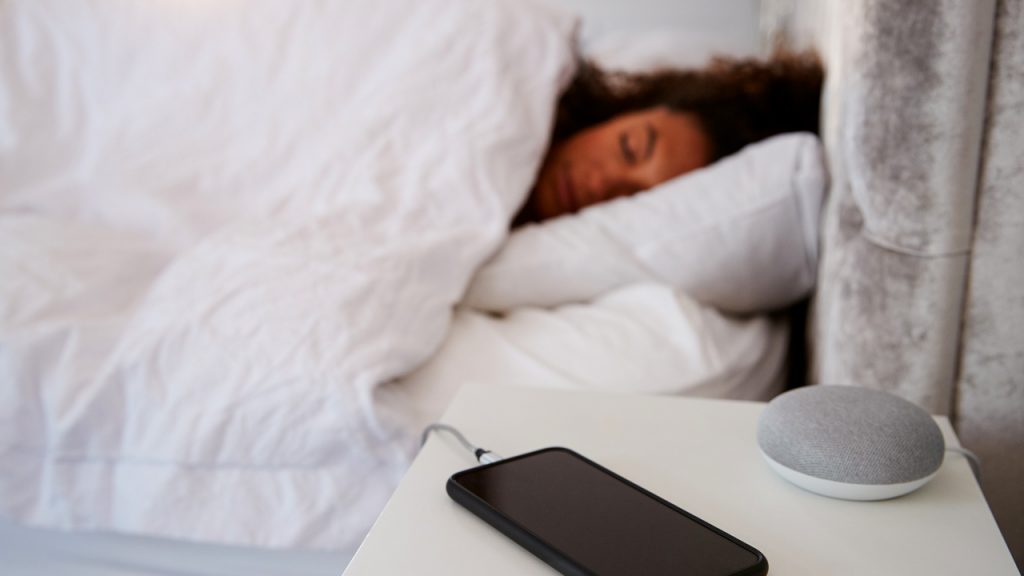 If you’ve ever crammed for an exam just before bedtime, you may have tried something dream researchers have been attempting for decades: coaxing knowledge into dreams. Such efforts have had glimmers of success in the lab. Now, brands from Xbox to Coors to Burger King are teaming up with some scientists to attempt something similar: “Engineer” advertisements into willing consumers’ dreams, via video and audio clips. This week, a group of 40 dream researchers has pushed back in an online letter, calling for the regulation of commercial dream manipulation.

“Dream incubation advertising is not some fun gimmick, but a slippery slope with real consequences,” they write on the op-ed website EOS. “Our dreams cannot become just another playground for corporate advertisers.”

Dream incubation, in which people use images, sounds, or other sensory cues to shape their nighttime visions, has a long history. People throughout the ancient world invented rituals and techniques to intentionally change the content of their dreams, through meditation, painting, praying, and even drug use. Greeks who fell ill in the fourth century B.C.E. would sleep on earthen beds in the temples of the god Asclepius, in the hopes of entering enkoimesis, an induced state of dreaming in which their cure would be revealed.

Modern science has opened a whole new world of possibilities. Researchers can now identify when most people enter the stage of sleep where much of our dreaming takes place—the rapid eye movement (REM) state—by monitoring brain waves, eye movements, and even snoring. They have also shown that external stimuli such as sounds, smells, lights, and speech can alter dreams’ content. And this year, researchers communicated directly with lucid dreamers—people who are aware while they are dreaming—getting them to answer questions and solve math problems as they slept.

“People are particularly vulnerable [to suggestion] when asleep,” says Adam Haar, a cognitive scientist and Ph.D. student at the Massachusetts Institute of Technology who co-authored the letter. Haar invented a glove that tracks sleep patterns and guides its wearers to dream about specific subjects by playing audio cues when the sleeper reaches a susceptible sleep stage. He says he has been contacted by three companies in the past 2 years, including Microsoft and two airlines, asking for his help on dream incubation projects. He helped with one game-related project, but says he wasn’t comfortable participating in any advertising campaigns.

Work by Harvard University dream researcher Deirdre Barrett has also attracted corporate attention. In a 1993 study, she asked 66 college students taking a class on dreams to select a problem of personal or academic relevance, write it down, and think about it each night for at least a week before going to bed. At the end of the study, nearly half reported having dreams related to the problem. Similar work published in 2000 in Science, in which Harvard neuroscientists asked people to play several hours of the computer game Tetris for 3 days, found that slightly more than 60% of the players reported having dreams about the game.

This year, Barrett consulted with the Molson Coors Beverage Company on an online advertising campaign that ran during the Super Bowl. Following her instructions, Coors, which features mountains and waterfalls on its logo, had 18 people (12 of them paid actors) watch a 90-second video featuring flowing waterfalls, cool mountain air, and Coors beer right before falling asleep. According to a YouTube video documenting the effort, when the participants awoke from REM sleep, five reported dreaming about Coors beer or seltzer. (The result remains unpublished.)

Barrett told Science she does not consider the intervention to be a real “experiment,” and she acknowledged in a recent blog post that the company’s ad used scientific terminology “with overtones [of] mind-control experimentation,” against her advice. She also thinks advertising strategies like these will have little practical impact. “Of course you can play ads to someone as they are sleeping, but as far as having much effect, there is little evidence.” Dream incubation “doesn’t seem very cost effective” compared with traditional advertising campaigns, she says.

That doesn’t mean that future attempts couldn’t do better, says Antonio Zadra, a dream researcher at the University of Montreal who signed the statement. “We can see the waves forming a tsunami that will come, but most people are just sleeping on a beach unaware,” he says. Harvard neuroscientist Robert Stickgold, who ran the Tetris study, is even more emphatic: “They are coming for your dreams, and most people don’t even know they can do it.”

The letter writers say that because there are no regulations specifically addressing in-dream advertising, companies might one day use smart speakers like Alexa to detect people’s sleep stages and play back sounds that could influence their dreams and behaviors. “It is easy to envision a world in which smart speakers—40 million Americans currently have them in their bedrooms—become instruments of passive, unconscious overnight advertising, with or without our permission,” says the letter, which the writers have sent to U.S. Senator Elizabeth Warren (D–MA).

Such a world is worth preparing for, says Dennis Hirsch, a professor of law and privacy expert at Ohio State University, Columbus. But he thinks the U.S. Federal Trade Commission Act, which prohibits “unfair or deceptive” business acts, likely already applies to using smart speakers to do in-dream advertising. He adds that U.S. law is evolving to include more specific prohibitions on subliminal messaging.

Tore Nielsen, a dream researcher at the University of Montreal who did not sign the statement, says his colleagues have a “legitimate concern.” But he thinks interventions like this won’t work unless the dreamer is aware of the manipulation—and willing to participate. “I am not overly concerned, just as I am not concerned that people can be hypnotized against their will,'” Nielsen says. “If it does indeed happen and no regulatory actions are taken to prevent it, then I think we will be well on our way to a Big Brother state … whether or not our dreams can be modified would likely be the least of our worries.”

*Update, 15 June, 12:10 p.m.: This story has been updated to reflect experts’ concerns about the section of the U.S. Federal Trade Commission Act that regulates against “unfair or deceptive” business acts, not deceptive advertising, specifically.